I guess you'd probably have some disadvantage, although if you're awesome in every other way, I'd probably give you a chance.

Would you girls date a guy with severe acne? - GirlsAskGuys

Be the first guy to share an opinion and earn 1 more Xper point! Would you girls date a guy with severe acne? Ladies be honest would you date a guy who has severe acne on his face? Would you judge him just because of that? Is it really that much of a turn off for you girls?

I mean I've tried everything from having sex, eating healthy, plenty of water, exercise, sleep, been to dermatologist medications pills and creams , but nothing seems to work! I hate it when girls judge and stare and say something, because I didn't ask to have it.


For women its easy Because they just cover it up with makeup but Its not so easy for a guy, Only girls I can get are the ones who knew me before I had acne Because they don't judge, I'm a nice guy, funny, intelligent, and have a nice body, but if I go to the mall or a party all the girls judge me Because of my acne before they even get to know me. Can you guys recommend me a good cleanser to wash my face in the mornings? Any topical gels you guys have used that work real good? Like Retin-a or something? 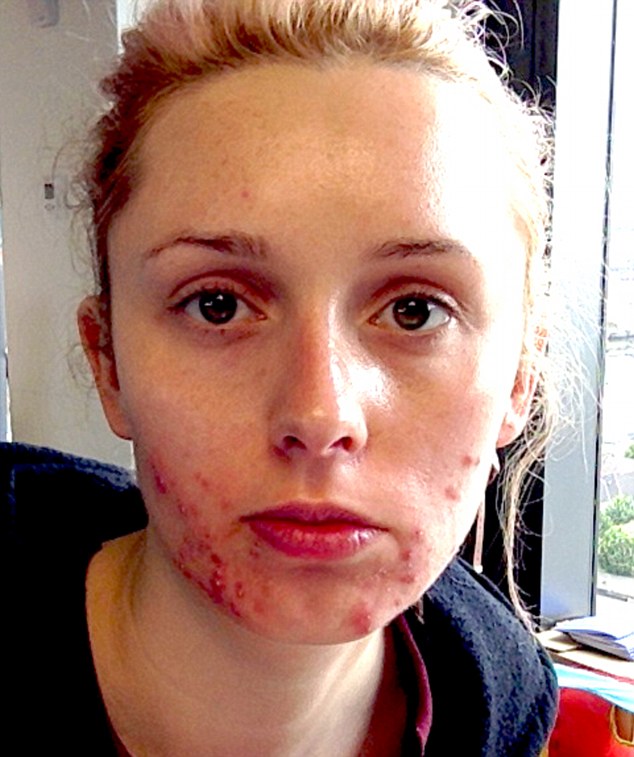 What body type is this? Peeps, do you mind your other half having mental health problems? Or if you're single, would you go out with someone who has mental health problems? How much change In Your personality You have achieved? How many months to lose kg in a healthy way? And of course, make-up gives me self-confidence too, especially mineral make-up.

Would you girls date a guy with severe acne?

Love how it covers the red. Oh, and for you guys who are just now getting the nerve to ask girls out I hope you'll just go for it. Us women need you to ask us out There are many wonderful but very shy women out there just waiting for the attentions of a good man. My husband has acne scars but he's gorgeous and such a wonderful man overall! And he struggled like you are. He's told me that he wishes now he'd had more confidence asking women out when he was younger I can't believe he didn't - he looks just like George Clooney. Actually I'm selfishly glad he didn't because we might not have met he would've been snatched up.

I wish men realized that women don't look at things like skin. We want a man who's gentle, kind, honest and dependable. We need a man like this! It's nice to hear that people can relate - shame that you're in the same position though because it sucks. I had a date arranged on Monday with a girl I met online but she had to cancel due to a family emergency. Pity, because I was looking forward to it and my skin was looking good too which would have been a huge bonus.

We met once before and my skin was looking good then as well, so I feel like when we meet up in future it has to at least look as good as that. I'm sure it will happen - she seems to like me and I felt so incredibly good being around her.

I relaxed and forgot about my skin. Never felt that before and it was so good! I don't mind the fact that I'm trying to solve this by online dating instead of trying to attract girls in bars or whatever. After all, even if I might not be the best looking guy out there, I'd still deserve to find someone I like and who I can share things with, and I don't suppose I'd randomly find that person on a night out. I'm always wary of the pictures I post online: Admittedly, my avatar picture was taken on a great day and the lighting in the room at the time did me a huge favour.

I remember the first ever date I went on about seven years ago, with a girl who was a friend of a friend. She'd seen a picture of me but that was all. Same for me of her. I thought she was cute and I got so nervous before meeting that I actually threw up and was really late. At that point in time, I was in the middle of the worst breakout I have ever had. My face was covered in the most horribly red and sore painful acne.

A few days earlier, someone actually asked me if I had been beaten up, such was the state of my skin.

As is my way - putting people first and thinking of their feelings - I didn't want to cause upset by cancelling the date or not showing up. When I finally did arrive, I could see that she was almost physically repulsed by what she saw and she didn't spare my feelings. The entire date was sheer hell, but again, I was as nice and as polite as I could be, even though she saw fit to insult me and make fun of my appearance. Looking back, she was clearly not a nice person, but I never called her out about it and pretty much just let her put me down without saying anything back because I didn't want to appear rude.

Thinking back, I was pretty pathetic. That was perhaps one of the worst days of my life and I didn't go on a date after that until last year. During most of that time, I guess I just felt that whoever I approached would be repulsed by what they saw. That's a horrible word to use - repulsed - but that was how that girl appeared, that was her response to my appearance, and that was ultimately how I felt about myself. Pleased to say that, older and wiser, I know that the majority aren't like that. But the memories stay and the fears remain. But I guess the online thing gives people a chance to see what I'm like generally and if I can attract them to me with a sense of my personality based on the words I write, I feel like that's half the battle won.

Ironically, the girl I saw last month said, "I can't believe you actually came, I never thought you'd want to go on a day with me! So you know, maybe she's not especially confident either, or maybe she thinks I'm a catch. It all gets me thinking about relationships and stuff, and how people behave in them, because I don't know what it's like. I don't know how to be a partner to someone because I've been alone or done things by myself since I started suffering with acne, thanks at the time to being bullied at school because of it. I guess I just never picked myself up from that and as you grow up, it does seem naturally harder to meet new people and make new friends.

I've heard the expression that you have to learn to love yourself before other people can love you, and that seems to make sense.

Like, if I were to feel bad about myself all the time and put myself down, and project that onto potential partners, that lack of confidence would be unappealing and the negativity would surely be a turn-off because I'd seem very self-involved. I guess it's a bit of a minefield really, but I feel I can take small steps. Psychologically, now that I've really started to analyse who I am, how I got like that, how I'd like to be instead, and what the differences are, I realise how much damage acne can do.

As superficial as it may sound, I do feel that if I could do something to clear my skin, I'd become a totally different person. Perhaps the biggest steps need to be taken in that area, maybe change my medication or see about Accutane or something. I don't know, but it needs sorting otherwise I'll never live my life to the full and it would be such a waste. Makes me wonder how many nice, attractive, friendly, clever and wonderful people there are out there who are desperately wanting to blossom; to go out and explore the big wide world, but instead are proverbially imprisoned in a cage because of this condition.

I can totally relate. I've been on a few dates this year and just need to vent a little. Of course there's the old "be confident no matter what and we've all got different kinds of insecurities" but acne definitely brings out some brutal black and white superficial judgement in people.

I too feel fairly attractive and have been told I'm "hot" until they get up close and I do turn heads in bars, then they get close and all the googly eyed positive attraction signals freeze up and they turn ice cold if not straight up mean. This kind of consistent hot cold thing is really demoralizing.

I'd almost rather have no attractive mojo working for me at all so my hopes don't get constantly raised and then crushed. 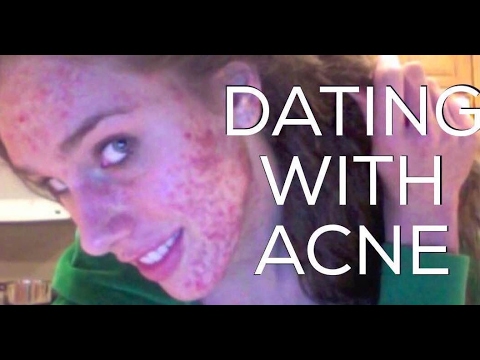 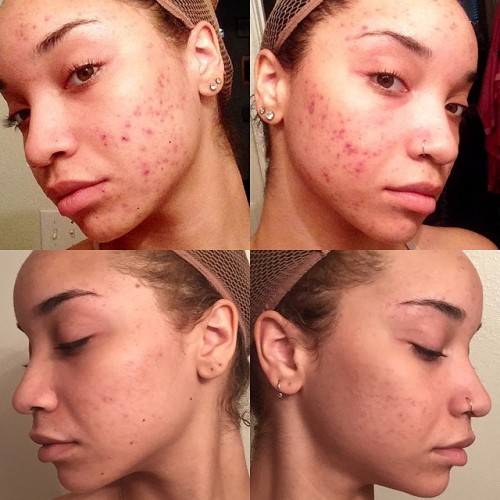